Thanks to all who visited and watched online! We will post a complete video of Peter's first bloom soon!

Our Titan arum flower began to open on July 6, 2018 around 1:30pm. This coincided with the first weekend of Plant Delights' Summer Open Nursery and Garden Days, which were July 6-8 and July 13-15 that year. The nursery was open extended evening hours until 8pm to allow ample opportunity to witness this rare horticultural occurrence. 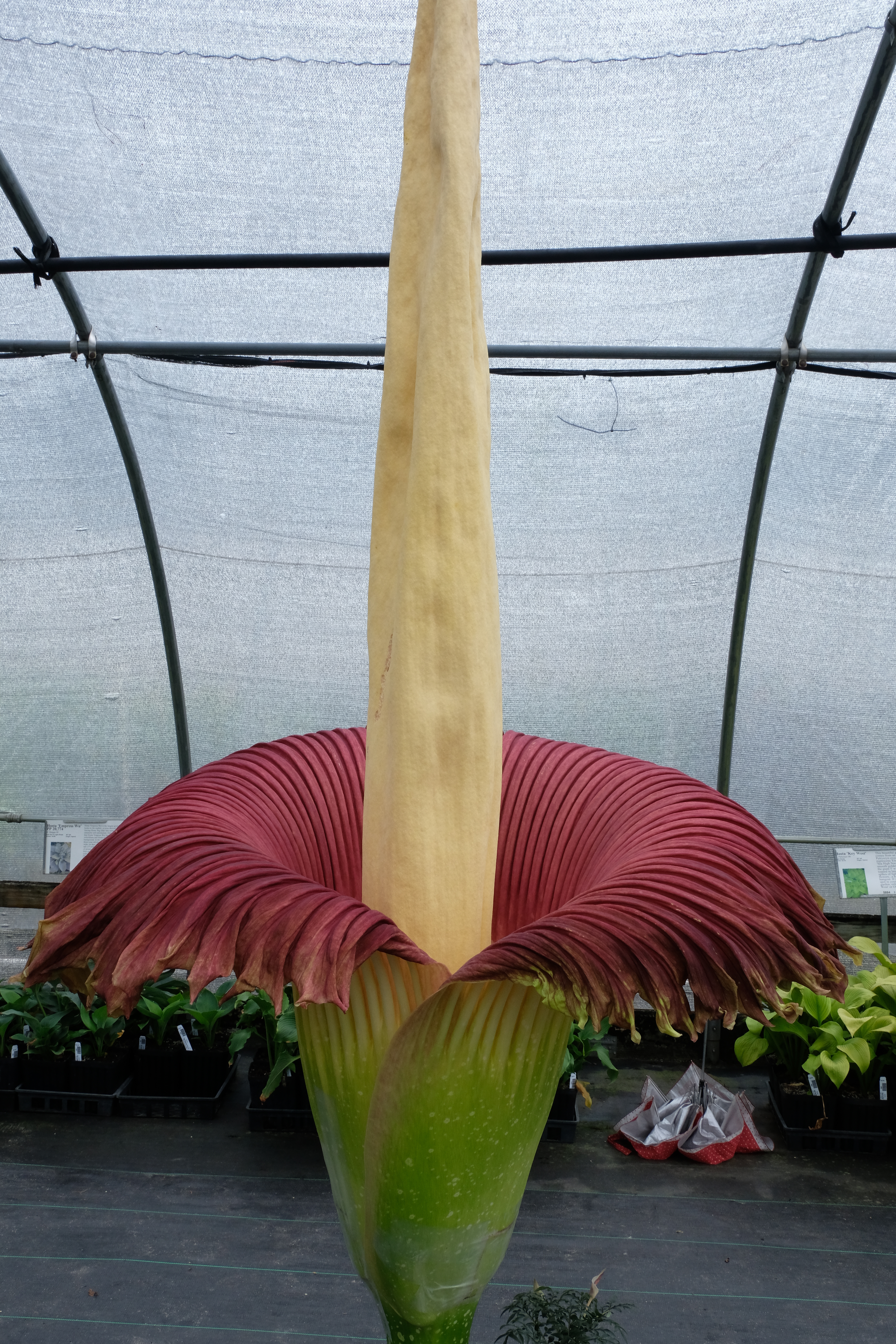 The Plant Delights specimen, Peter Grande, was the ninth to flower in North Carolina. In 2005, Plant Delights Nursery learned that UNC-Charlotte Botanical Gardens had lost their large Amorphophallus titanum due to a winter greenhouse heater failure, so it donated its largest specimen to the gardens, which flowered there in 2007…the first recorded flowering of a Titan Arum in North Carolina. Our current flowering Titanum is 8 years old, and was propagated here from a leaf cutting. We have compiled a list of known Amorphophallus titanum flowerings in cultivation.